What Areas of Intellectual Property Law Does Your Firm Handle? 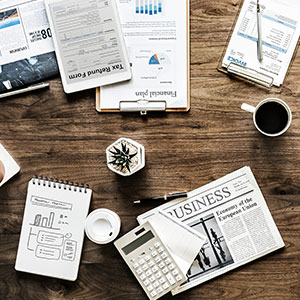 Our firm works in three major categories of intellectual property law: copyright, trademark, and trade secrets. While we don’t engage in patent prosecution (i.e. the application process), we are able to consult on patent licensing and evaluation matters.

What are the Different Types of Intellectual Property?

There are four major types of intellectual property.

Copyrights protect expressive matter. Unlike most forms of intellectual property, copyrights come into existence automatically the moment you fix a creative idea in a tangible medium – that is, capture it in a manner that can be reviewed by others. Content needs to have a “modicum of creativity” in order to qualify for a copyright, which is a low bar, so most creative works qualify. Copyrights can be registered at the federal level, which gives the copyright owner a number of added rights throughout the country, including the right to sue in federal court for statutory damages and a nationwide presumption that the owner is actually the creator of the work at issue.

Patents protect instruments, inventions, and ideas that derive value from their usefulness, rather than their creative content. Patents essentially grant a mini monopoly to parties that come up with novel and useful ideas. This monopoly lasts from the date on which a person files their successful patent application through the application’s 20-year anniversary. Patents are perhaps the most complicated of the four types of intellectual property, but if the subject of a patent is protected appropriately before an application is filed, and then policed properly through the 20-year period, the patent can add a tremendous amount of value to a new business, especially if industry disruption is part of that business’s strategic plan.

The third type of intellectual property is a trademark. Trademark law is the only body of property law in the United States that isn’t intended to protect the property owner. Rather, trademark law protects members of the buying public.

A trademark is a recognizable logo, word, brand name, design, or slogan that serves as a shorthand symbol for a product, business, performer, or organization. Trademarks are intended to create a link to the consumer’s mind between the mark and the product or service it represents, like McDonald’s and its golden arches. Trademark law protects consumers by ensuring that, if they see a trademark used in commerce, the good or service sold in connection with that mark will match the consumer’s expectation based on the consumer’s past experience with other goods and services sold under the mark.

Trademark rights can arise under common law, like copyrights, based on an owner’s use of the mark in commerce. A trademark can also be registered with the state or federal government, resulting in additional rights and privileges for its owner. Registering a trademark gets its owner a nationwide presumption of ownership, the right to sue in federal court for infringement, and a right to certain statutory damages. Yet unlike copyright and patent protections, which expire after a time, trademark rights can endure indefinitely, but the owner needs to show that it is continuing to use the subject mark in commerce at regular intervals. The owner also has to police the quality of goods produced under its mark, keep other people from using it without permission, and be consistent in terms of the types of goods and services associated with the mark.

The last intellectual property category is a trade secret. A trade secret is something that derives value from its secrecy. It is similar to a trademark in that it can be maintained in perpetuity as long as its subject remains secret. If the trade secret becomes known to the general public, it ceases to qualify for trade secret protection. Recipes, formulas, business practices, and customer lists may all be eligible for trade secret protection. Some notable trade secrets include the formula for WD-40, the recipe for Thomas’s English Muffins, and the Google algorithm. As trade secrets require no registration or fee to qualify for protection, they are among the easiest types of intellectual property to maintain, so long as their owners take reasonable steps to preserve their secrecy.

For more information on Intellectual Property Issues in Virginia, Maryland and DC, an initial consultation is your next best step. Get the information and legal answers you are seeking by calling (571) 660-4077 today.

Get Help Now
Home » What Areas of Intellectual Property Law Does Your Firm Handle?