Vaccine Mandate Updates: A Twist on the Jab 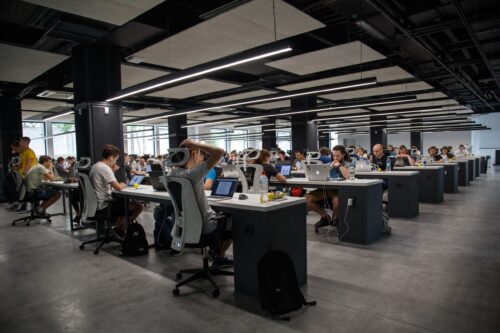 On Friday, December 17, the OSHA 100+ Employees Mandate (the Emergency Temporary Standard or ETS) stay was lifted by the 6th Circuit.

Also on Friday, the Eleventh Circuit refused to lift the stay for the Federal Contractor Mandate.

After the 6th Circuit lifted the OSHA rule stay, 26 trade groups filed an Emergency Application for Immediate Stay to Justice Kavanaugh, the US Supreme Court Justice that oversees the 6th Circuit.

The 6th Circuit opined that:

⚖ OSHA has the authority over viruses such as COVID, that a “grave” emergency is still posed by COVID, and largely relied on OSHA’s 153-page preamble to its ETS (Emergency Temporary Standard).

⚖ It is not “appropriate to second guess that agency determination considering the substantial evidence.”

⚖ “Despite access to vaccines and better testing, however, the virus rages on, mutating into different variants, and posing new risks.”

⚖ The Court hinges its arguments on an NPR article alleging that 800,000 people in the US have died from COVID. The 800,000 deaths allegation appears 5 times in the opinion, and the NPR article is cited twice. The other 3 references appear without a citation.

This is a brief summary, and the full order is linked here for your reference.

WHAT’S NEXT FOR EMPLOYERS WITH 100+ EMPLOYEES

Employers can continue with COVID-19 policies to comply with the vax or test OSHA mandate, and have those policies in effect by January 10, 2022, with testing rollouts to start February 9.