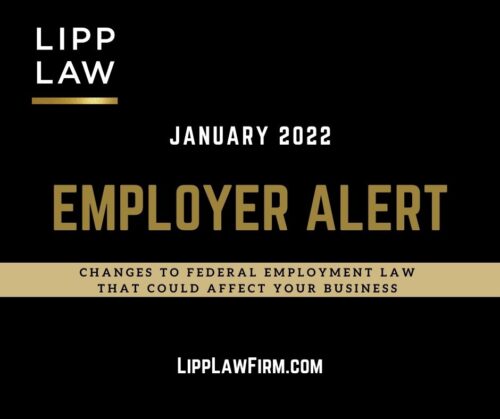 On January 21, 2022, a federal judge in Texas issued a nationwide injunction blocking federal agencies from enforcing the Biden Administration’s vaccine mandate for federal employees.  The now-halted federal employee vaccine mandate would have allowed federal agencies to discipline non-compliant civilian employees—who had not been granted or had pending medical or religious exemptions—beginning January 21, 2022.  Possible disciplinary actions could have included letters of reprimand, suspensions, demotions, and removals, but many unvaccinated federal employees felt that termination was imminent with the mandate in place.  This mandate is now on ice, however, until the outcome of any subsequent Justice Department appeal of the decision.

The lawsuit was initiated by Feds for Medical Freedom, whose membership consists of approximately 6,000 civilian federal employees, and AFGE Local 918, a union representing Federal Protective Service and the Cybersecurity and Infrastructure Security Agency.  Based on the plaintiffs’ arguments for why the federal employee vaccine mandate was invalid, the question before the Texas judge was “whether the President can, with the stroke of a pen and without the input of Congress, require millions of federal employees to undergo a medical procedure as a condition of their employment.”  The judge answered no, the President cannot.

The judge determined that President Biden did not have the authority to order a vaccine mandate for federal employees, relying partly on the reasoning underlying the recent Supreme Court decision striking down the Occupational Safety and Health Administration vaccine mandates for employers with 100+ employees.  Specifically, the Texas judge found that a President can take action to regulate workplace conduct, but not take measures, such as the COVID-19 vaccine mandate, that address a public health issue expanding beyond the workplace.

The injunction covers all federal civilian employees across the United States.  The Texas judge ensured his order took effect immediately because unvaccinated employees were at risk of “imminent harm,” given that they could have faced disciplinary action that same day if not for the injunction.  In deciding to issue the injunction, the judge also mentioned that the public interest in protection from COVID-19 could “be served via less restrictive measures than the mandate, such as masking, social distancing, or part- or full-time work.”

For the foreseeable future, the federal employee vaccination mandate has been blocked, unless an appeals court overturns the Texas judge’s decision.  Lipp Law will continue to keep you updated with the latest employment law developments affecting employers and employees in both the public and private sectors.