What Do the Terms Mean in My Intellectual Property License, and Does it Protect Me? 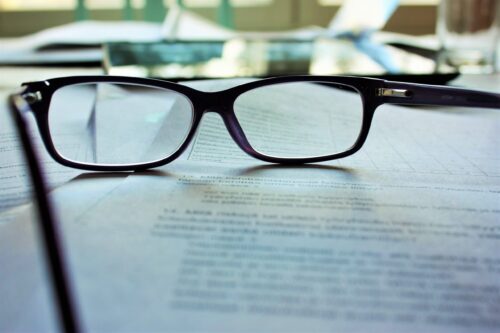 Licensing of intellectual property (IP) rights allows you to retain IP ownership while you give another individual or business the right to use your IP at a fee or royalty for a specified period. Using someone’s copyright, design, trade secrets, patent, or trademark without this license infringes on the licensor’s legal rights attached to the IP and may attract fines, jail time, or both.

The person who owns the IP at issue is the “licensor,” and the person receiving the right to use that IP is the “licensee.” Since the language of a license dictates what the licensee may and may not do with the licensor’s IP, lawyers have developed some standard terms that are used to specify the outer reaches of a licensee’s rights.

A Guide to Licensing Language

In drafting and interpreting a license, you can use this shorthand guide to determine what rights are granted.

TIMING – Is your license granted, or is there only a promise to grant a license in the future?

This is a fundamental question that comes up much more often than it should. If it is your expectation that you are being granted a license to use the material at issue from the time you sign your IP licensing agreement, your license should always use present grant language – i.e. “Licensor hereby grants Licensee a license…”

Often, there is no real disconnect in the intent of the parties, just inexpert drafting on the part of the person who drew up the license. Ensuring that you receive an actual license grant in your documentation can save you the headache of uncertainty and equivocation later.

EXCLUSIVITY – Is the license exclusive, sole, or non-exclusive?

GEOGRAPHIC SCOPE – Is the license worldwide or confined to a given territory?
What is a Worldwide License?

A worldwide license refers to a licensing transaction where multiple agreements may have been made with a third party or a third party affiliates in countries (but not limited to) in the European market and North America.

A license that is limited to a given territory means that the licensee may only exercise the intellectual property rights in certain places. These types of licenses are often seen in the sales context – for instance, one licensee may be limited to selling a given product in North America, while another licensee has the right to sell the product in Europe and Asia.

DURATION – Is the license perpetual or for a term?

How long does a perpetual license last?

A perpetual license is a license that authorizes an individual or company to use a product indefinitely. Unless it’s terminated, a perpetual software license allows the licensee to use a specific version of the intellectual property, such as software, continually after making a one-time fee.

REVOCABILITY – Is the license revocable or irrevocable?

Irrevocable licenses are less common and are usually granted when the licensor is a subcontractor to a licensee that is performing work for a third-party like an end user or the government.

COSTS – Is the license paid-up or royalties-based?

What does a paid-up license mean?

A paid-up license is a license that’s effective from the date specified on the Order Schedule and continues perpetually unless terminated according to stipulated conditions or events.

Alternately, a paid-up license also means that all costs associated with the license are paid at the beginning of the license term, usually by means of a one-time payment. You may also encounter the concept of a fully paid-up license, almost always in connection with an irrevocable license, which means that once the licensing fee is paid, no other payments will come due at all with respect to the license.

What is a royalty-bearing license?

A royalty-bearing license is one where a licensee pays the license fees for the rights to use their intellectual property. The royalty can be calculated for every unit sold or according to the gross or net profits. Generally, the royalty rates vary depending on the industry and product. As such, royalty percentages are a key factor in negotiations.

What does Sublicensable mean?

This means that a licensee can give the intellectual property rights to a third party without direct permission from the IP owner. Most licenses are sublicensable and transferable which affords the licensee the option to perform either.

The right to sublicense might be unlimited or limited. When it’s unlimited, the licensee can flow down the license rights to as many third parties as they like, no matter the nature of the third parties.

When the right to sublicense is limited, conditions might only allow for a certain number of sublicensees, or only certain kinds of sublicensees – for instance, only the licensee’s contractors or affiliates, or only those located in certain geographic areas or in particular industries.

Since a license agreement may be of limited use if a licensee is the only one who can use the licensed material, specifying whether and to what degree sublicenses may be granted is very important in most cases.

What does non-sublicensable mean?

If a license is non-sublicensable, it means you cannot sub-license or assign the right to modify or use a product without the licensor’s permission. This is a significant restriction for those who want to onboard a developer to modify a particular product or sell the business later.

Understanding whether the IP license is transferable is crucial because the license agreement negotiations need to consider clauses necessary to permit or prohibit license transfer under different future circumstances. Also, sellers and buyers of businesses need to consider the transaction’s effect on other licensing agreements.

According to intellectual property lawyers and the law, a license is a piece of property, just like a car or a laptop. Therefore, when a license is freely transferable, it can be given or sold to a third party.

Field of Use License Law

A field of use license doesn’t give the licensee rights to use all licensed technology. Instead, the license might avail the licensee a subset of possible uses. It could be limited to general field use or specific field use in which case the licensor can work with other companies to meet other uses.

Licensors have lots of flexibility when it comes to specifying a license’s field of use, so ensuring that the applicable language captures each party’s intent is important.

How does this work in practice?

Let’s consider an example to see how the language of a license impacts a company’s decision making.

You are the chief contracting officer for a software company that designs user interfaces for companies looking to hire job candidates. Your company has licensed a piece of third-party software from another company called EZ Complete that allows the interfaces your company designs to pull information from individuals’ resumes. Your company’s license to use EZ Complete reads:

Licensor hereby grants to Licensee a non-exclusive, worldwide, paid-up, sublicensable, non-transferable license to use EZ Complete in connection with the performance of Licensee’s services for third-party private companies for a period of two years from the effective date hereof. This license will renew automatically for successive one-year terms following its initial term but may be revoked pursuant to the terms of this Agreement.

A sales representative from your company comes to you with two potential leads. One is a request for proposals (RFP) from Department of Defense for the U.S. Air Force to enhance their interface for civilian job applicants. The other is from a French company that wants you to guarantee that the interface you design will operate in the same manner for a term of at least five years. Does the language of the EZ Complete license raise any issues with respect to either lead?

The answer is yes – based on the current wording of the license you will be limited in what you can offer to both the Air Force and the French company.

For the Air Force, your company may be able to provide services to them, but you can’t integrate EZ Complete into your build. Why? Because the field of use for your license covers private companies only, not governmental institutions. EZ Complete may be willing to negotiate with your company to expand the field of use, either for this specific project or generally, but you would need to agree on revised license terms first. This may come at an additional cost to your company, since the government has its own rules governing IP rights, and some companies are loath to wade into a different system with unique risks.

For the French company, you can integrate EZ Complete into your build, but the term of the license may be problematic. Since the EZ Complete license is revocable, and the term of the license, while subject to an auto-renewal, isn’t perpetual, you may not be able to promise that the interface you build will function without any changes for five years due to the potential that your EZ Complete license may be revoked. Here, too, you can seek to adjust the terms of your license with EZ Complete – perhaps by asking them to guarantee that the sublicense granted to the French company will be honored for a term of five years – or you can seek to negotiate with the French company to see whether they are willing to carve out EZ Complete from those functions of the interface with respect to which you make your five-year guarantee.

As you can see, a single word can make the difference when it comes to interpreting and applying a license in your everyday business, so companies should take care both to ensure that their licenses include the appropriate language on the front end, and that they consult and correctly implement the terms of those licenses on the back end when dealing with customers and other third parties.

If you are a company or an entrepreneur that needs assistance with IP protections, licensing agreements, and contract negotiations, contact Lipp Law today.

Get Help Now
Home » Intellectual property » What Do the Terms Mean in My Intellectual Property License, and Does it Protect Me?