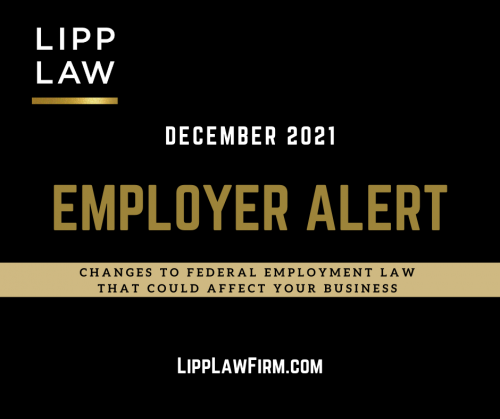 On December 7, 2021, a Georgia federal judge has temporarily blocked (stayed) President Biden’s federal contractor vaccine mandate from moving forward. This applies nationwide to all federal government contractors.
In sum, the federal contractor vaccine mandate is legally paused for now and should not be implemented unless a government contractor wants to create its own mandate as a business.
This ruling may be made permanent in the future and we will keep you apprised.

The Court’s order is included here for those interested. Choice quotes are below. The gist of the Court’s order is that Biden doesn’t have the authority to do this. Congress has to explicitly give up their lawmaking power to the President, and it didn’t in this instance.

“’A stay is firmly in the public interest. From economic uncertainty to workplace strife, the mere specter of [Executive Order 14042] has contributed to untold economic upheaval in recent months’ and ‘the principles at stake…are not reducible to dollars and cents.’”

“…EO 14042…has already required and will continue to require extensive and costly administrative work by employers and will force at least some individuals to choose between getting medical treatment that they do not want or losing their job (and facing limited job replacement options due to the mandate).”

“Following the Defendants’ logic and reasoning, the Procurement Act would be construed to give the President the right to impose virtually any kind of requirement on businesses that wish to contract with the Government (and, thereby, on those businesses’ employees) so long as he determines it could lead to a healthier and thus more efficient workforce or it could reduce absenteeism.”

“[T]he President is [not] authorized, under his authority pursuant to the Procurement Act, to require private companies that enter into federal contracts to…require virtually all of their employees to be vaccinated.”

“…Plaintiffs have a likelihood of proving that Congress, through the language it used, did not clearly authorize the President to issue the kind of mandate contained in EO 14042, as EO 14042 goes far beyond addressing administrative and management issues in order to promote efficiency and economy in procurement and contracting, and instead, in application, works as a regulation of public health, which is not clearly authorized under the Procurement Act.”

“The authorizing statute here does not give the President the power to issue a public health and safety measure on federal contractor employees.”

Questions on how this affects your business or employment? Contact Lipp Law today.