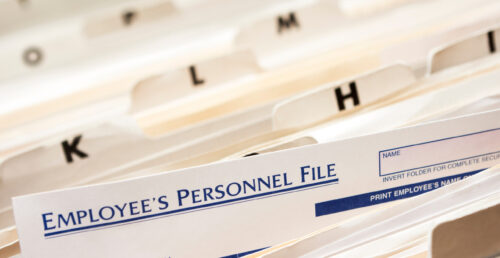 In January 2022, the Office of Personnel Management (OPM) proposed changes to regulations governing clean record settlements. OPM’s proposed rule is currently open for comment before it makes a final decision.

What is a clean record settlement?

These settlement agreements can include “clean record” clauses that require an agency to alter, delete, or withhold damaging information about an employee on his or her personnel record.

Clean record agreements permit federal employees and agency employers to resolve their disputes by either wiping the slate clean to maintain an amicable working relationship moving forward or allowing employees to seek employment elsewhere without hinderance from the content of their personnel records, which follow them regardless of the federal agency they work for.

Clean record settlements were banned by President Trump in 2018

Section 5 of Executive Order (“EO”) 13839, signed by former President Trump in 2018, banned clean record settlement agreements between federal employees and their agency employers.  This section of the EO was codified as 5 C.F.R. §§ 432.108 and 752.203(h) in 2020.  These regulations created challenges for federal employees either attempting to resolve complaints they filed against the government or for settling adverse action matters that the government initiated against them.  In these cases, clean records were often a valuable bargaining chip during negotiations.

In January 2022, OPM proposed changes to the regulations, which would effectuate EO 14003’s revocation of the clean record settlement ban.  Given the inconvenience and challenge that the ban placed on federal agencies and federal employees attempting to resolve their disputes outside of formal legal proceedings, the proposed rule will likely receive significant support from all sides.

As OPM’s proposed rule explains, federal agencies’ inability to resolve matters at early stages with clean record settlements increases the likelihood of costly litigation and of overloading already backlogged forums, such as the MSPB, the Office of Special Counsel, and the Equal Employment Opportunity Commission (“EEOC”).  In addition to resolving cases most efficiently for all parties involved, matters can settle for the promise of clean records alone without including settlement amounts—cutting costs to the government (and thereby the American taxpayer) and providing employees with the chance to start fresh without a black mark on their personnel record.

Although OPM’s proposed changes are not yet in effect, some federal agencies have begun offering clean record settlements again.  The return this practice will help both federal employees and federal agencies seeking settlement of adverse action appeals or EEO complaints.

If you are a federal employee interested in resolving a MSPB appeal or an EEOC complaint, please contact Lipp Law today.  Sarah Mugmon, Esq., is a Lipp Law Attorney who has defended hundreds of federal employees facing adverse actions and settled many of these cases successfully.  Sarah can be reached at sarah@lipplawfirm.com.

DISCLAIMER: MANY FACTORS PERTAIN TO EACH CASE, AND THE OUTCOMES ABOVE DO NOT GUARANTEE OR PREDICT A SIMILAR RESULT IN ANY FUTURE CASE BY LIPP LAW